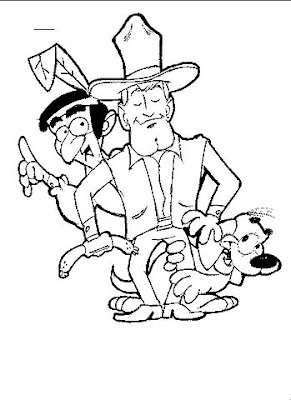 Here is an original drawing by John Thornberg, who did the artwork for the Hoolihan and Big Chuck Show-"More to Come" bumpers and such..The Kielbasy Kid, His faithful Indian companion Kishka and King The Wonder Dog..I am of the opinion that this would be good enough to animate if Mr. Thornberg would ever want to..He is an very talented man..

As we have seen, there is no shortage of Ghoulardi/Hoolihan and Big Chuck/Lil John skits on YouTube and other video sharing sites..Just found this skit last night..Featuring The Beverly Hillbillies' Buddy Ebsen in a Kielbasy Kid skit with Big Chuck and Hoolihan..Though The thread title says 1970, I think this could be from 1969 or no later than 1971 (When Hillbillies was Canceled by CBS)..It was a practice of certain CBS stars to appear on local affiliates to plug their latest project or just the CBS show they were starring in..Thanks to bigchuckandliljohn, YouTube member, for uploading this originally..

We should have some special news regarding the Ghoulardifest in the next few days..stay tuned..
Posted by Tim Lones at 10:18 AM