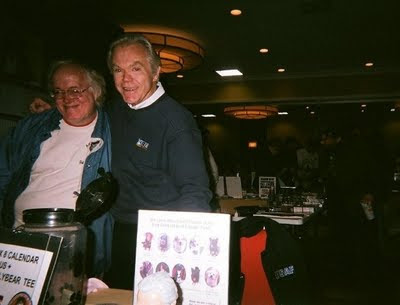 Photo taken with Dick Goddard at the 2009 Ghoulardifest.. 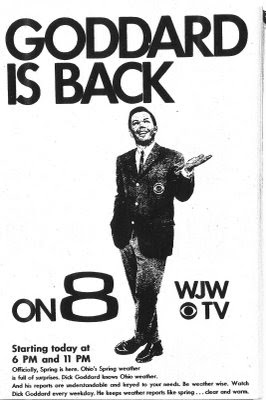 TV Guide ad on the return of Dick Goddard to Cleveland fom Philadelphia-March 28, 1966.. 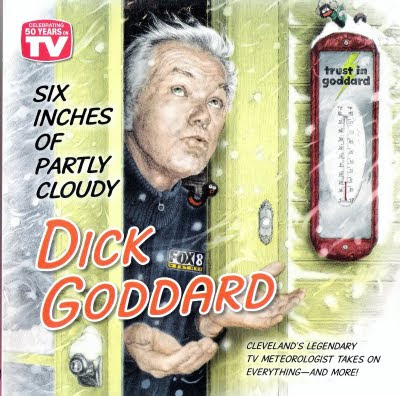 One would think, if you've been in Northeast Ohio long enough, that if anyone in TV should write a Biography, Dick Goddard would be the one..Well, he finally has gotten it done..With editing help from Tom Feran, the book, "Six Inches of Partly Cloudy" is now available through Gray Publishing Co. of Cleveland.

The book is an eclectic mix of stories about Dick's 50-year career in Television, Interesting Weather and scientific facts, thoughts from co-workers at WJW-TV 8 (Tim Taylor Robin Swoboda, among others), some fan memories (including one from yours truly) about Goddard's impact on Northeast Ohio, and Goddard's own thoughts on various subjects., including his love for pets..

The book is full of Dick's own drawings, displaying the talent he was hoping to use at Disney..They did call him just as he was to start at Channel 3..The book is also full of photos from his days dating back to KYW-TV 3..


As we said above, the book is a mixture of subjects..I would love to have read more stories about his TV days..Some of the thoughts Dick shares might be a bit "heavier" than one would expect from him, but to be fair, Dick is fair to his subjects..He projects as the "nice guy" even when talking about such subjects as war and religion.


The book is a fairly good read, with a good balance of subjects..If I have any criticism, It's that I would have started writing the book earlier, or possibly even written two books, one a straight biography, and one about his thoughts on other subjects..There would have been more than enough material for 2 books..All profits from the book will go to Animal Charities..