Here, from friend Hugo Sleestak, is a very rare commercial for Laub's Bread, made locally by Laub's Bakery in Cleveland. Conway (at the time known as Tom) is the harried shopper who buys Laub in the new wrapper "because my wife told me to"..Anderson plays the Grocery clerk. There's a chance this was made at KYW-3, as both Anderson and Conway were channel 3 employees before moving to Channel 8 in 1961..Very funny spot..


Here courtesy the Encyclopedia of Cleveland History , is a brief overview of Laub Bakery and its
85 year history in Cleveland..

http://ech.cwru.edu/ech-cgi/article.pl?id=LBC
Posted by Tim Lones at 5:06 PM No comments: 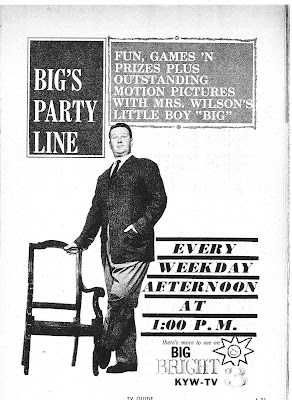 Here from Videoholic, is several minutes of Big Wilson hosting "Nite Owl Theater" on Miami's Channel 6..along with some commercials..Wondering if anyone would know if he did his KYW-TV hosting in this way..sitting at a piano and just conversing..It would be absolutely amazing to say the least if anything like this was saved anywhere from his Cleveland days..
Posted by Tim Lones at 12:20 PM 3 comments:

Mary Travers, One-third of the famed folksinging trio Peter, Paul and Mary..Passed away yesterday following complications from Chemotherapy..She was 72..

Peter, Paul and Mary's career, first from 1961-70, then from 1978-present, was extremely successful, as they were the leading folksinging group in the USA, with hit songs Including If I had a Hammer, Puff The Magic Dragon and Lemon Tree. The group made many appearances on American, British and Australian Television. Mary had a solo careeer from 1970-78, in which she produced 5 albums..

You may not be a fan of Folk Music, but it's hard not to enjoy Peter, Paul and Mary's excellent blend of harmony-and Mary Travers was a great part of that..Prayers to her Family and to Peter Yarrow and Noel Paul Stookey..
Posted by Tim Lones at 4:32 PM No comments: 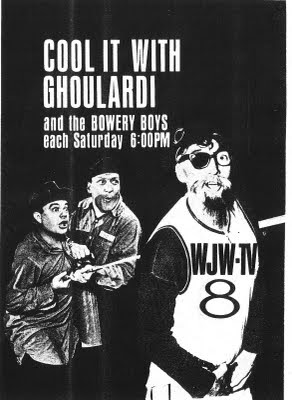 Just a note of reminder:Ghoulardifest 5 will be coming up Friday-Sunday October 23-25 at Tne Cleveland Marroitt Airport Hotel at 4277 W. 150th Street in Cleveland:

Softcover Edition of "Big Chuck" with a New Chapter added

DVDs of "American Scary" a documentary about the Horror-Host Phenomenon throughout the USA from the 50's through the 90's..produced a couple years ago..will be available from Horror Host and historian Doktor Goulfinger..

"Lost" Ghoulardi Footage to be shown

Many other events and guests scheduled/to be announced..


Ghoulard (Ernie Anderson) In a full nearly 5 minute segment from his Saturday Show. Parts of this have been on other tribute shows. Seeing this whole segment is quite rare..Probably from late 1963 or 1964


Cleveland section preview of the DVD "American Scary"..Talking about the legacy of Ghoulardi and his popularity in Cleveland..
People Interviewed: 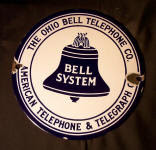 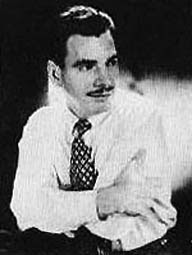 Nelson Olmsted(1914-1982), who began his career on Radio as an actor and "storyteller" at WBAP, Fort Worth, Texas and at NBC in New York, acted in Films and TV through the 1970's..He was Narrator on the TV Version of "The Ohio Story"-courtesy Wikipedia

Today I'd like to present a real "Blast from the Past" as it were..From about 1947-1967 Ohio Bell Telephone Company, with help from Producer Frank Siedel, sponsored a radio series called "The Ohio Story" on stations throughout Ohio, broadcast from Cleveland 3 times a week..

In the early 1950's The Ohio Story began a Television Version, a once weekly filmed program 10 minutes in length..Ohio Industry, Geography , Art, Communications and History were among the subjects on "The Ohio Story"..

The Narrator was Nelson Olmsted, a nationally known actor in Radio, Films and Television..
He began as Radio and TV narrator June 2, 1952, according to a report in the Toledo Blade at the time..

These films were generally aired at times like 6:50 or 7:20 PM to fill out the half hour after a 20 minute news block, or at other times in tandem with other "film fillers" that stations would use in the 1950's and early 1960's..Stations airing Ohio Story Included:

Anyone that has info on other TV stations airing Ohio Story throughout the rest of Ohio please message or email me..thanks..


I have been looking for many years for a sample of one of these "Ohio Story" episodes on YouTube..Thanks to YouTube user Retro Toledo, a friend of long standing on many message boards and sites, I finally found one..

I apologize for the quality as understandably, 50 or more year old film is not going to look "pristine" Thanks again to Retro Toledo for sharing..
Posted by Tim Lones at 2:36 PM 6 comments:

WEWS-TV 5 celebrates its 35th anniversary on the air with a party videotaped from Stouffer's Inn on the Square. Fred Griffith and Wilma Smith host an evening of skits and interviews with some film clips..Included are Linn Sheldon, Jim Breslin, Dorothy Fuldheim and many other past TV 5 personalities. This was apparently aired Sunday December 19, 1982 at 2PM precempting Polka Varieties..(Likely a repeat from Friday 12-17)ABC persoanlities such as Ted Koppel and Dick Clark send their congratulations via Videtape