Yes the Blog is still here..LOL..For our first post in about two and a half years I want to look back at a Classic Radio Station that was a huge success during the Top 40 AM radio era but fell on hard times and went through a succession of formats before settling on the I Heart News/Talk format of today.  WHLO-AM 640 Akron, Ohio.  But first lets look at some background:

About this same time, Forest City acquired WBAV..(renamed WHKC) Because of an FCC rule on duopolies in the same market, WHKC was moved to Akron as 640-WHKK in 1944 and WCLE moved to Columbus as 610 WHKC (Now WTVN)

What I want to do is bring out some News articles from the Akron Beacon Journal, mostly written by Mark Dawidziak and Bob Dyer about this part of WHLO History from 1980-1986, until they were sold to Mortensen Broadcasting.. 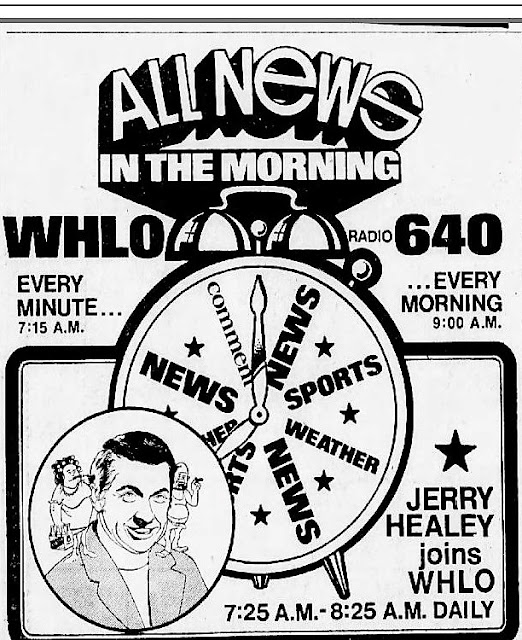 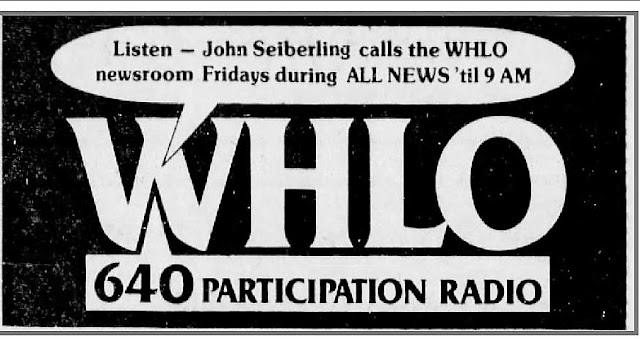 
In the meantime, WHLO began winning state and national awards for their News coverage..Adding talk hosts like Lee Hamilton, Steve Fullerton and Nick Anthony, they began to have a following, though not great ratings..Susquehanna finally decided in late 1980 to go "All News" during the day as "The Daily News"

November 5, 1980:WHLO announces its transformation to "The Daily
News", during the Day with CBS and Mutual and Talk all Night with
Larry King. Along with eventually Enterprise Sports at 10-Midnight.

February 11, 1981:Steve Fullerton and Nick Anthony
leave for WSLR..Evidence that the format wouldn't work
in the long run.  Or they didn't give it enough time, 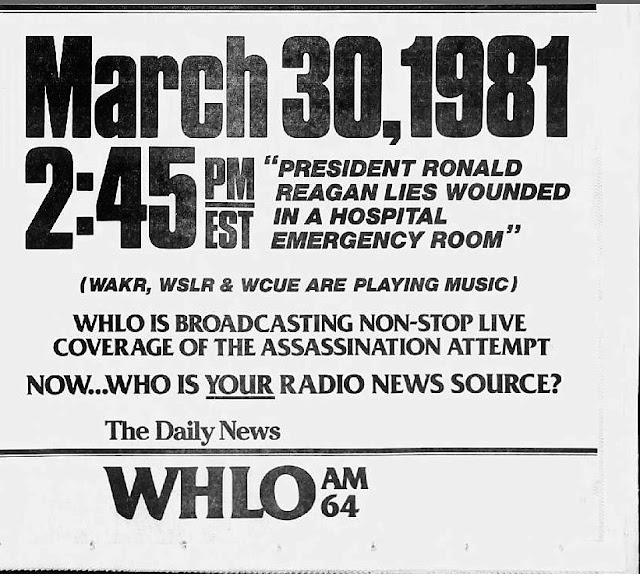 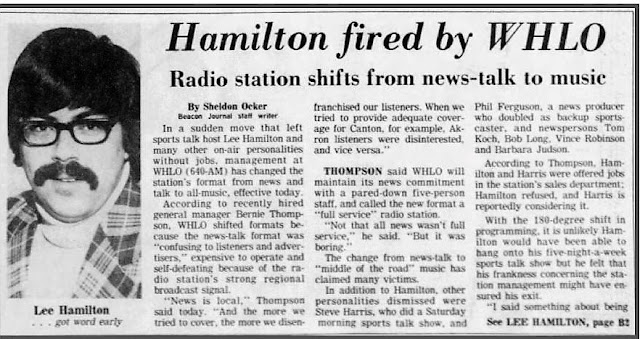 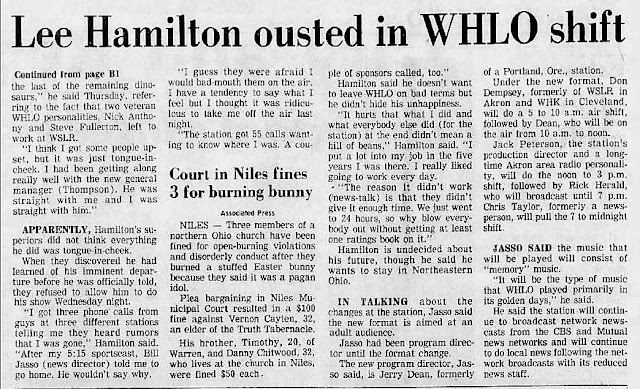 May 1, 1981:Sports Talker Lee "Hacksaw" Hamilton was fired by WHLO
for revealing his imminent ouster before the station was ready to announce
anything.  WHLO gives up on the "News all day, Talk all Night" experiment
and goes to a Music of Your Life/Big Band Music Format..Hamilton went on
to a long career in Phoenix and San Diego doing Sports Talk and also some
National gigs.  He also did Cleveland Crusaders Hockey on WWWE--1100 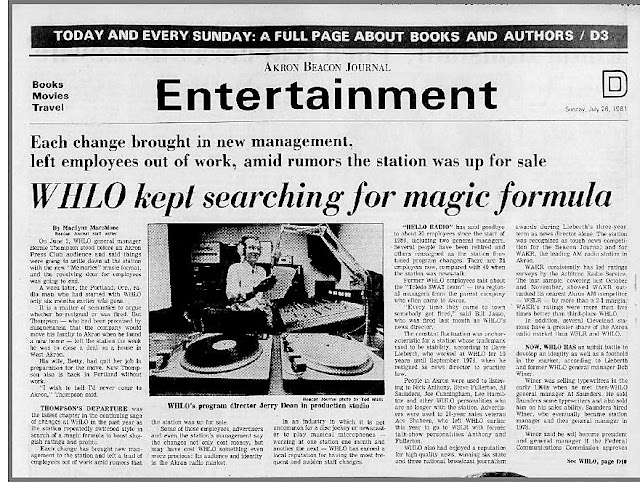 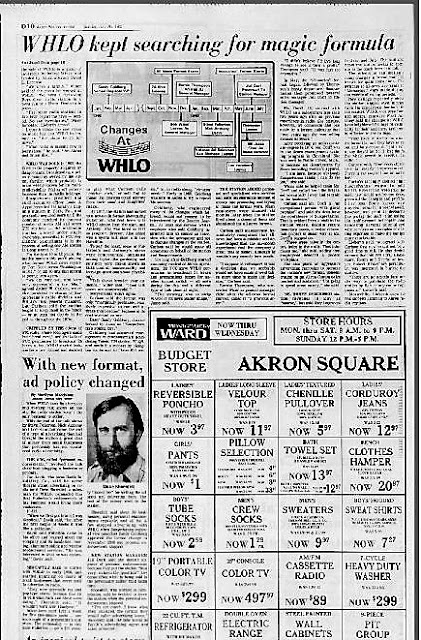 As part of a Mark Dawidziak Column August 15, 1984.
Susquehanna announces the sale of WHLO-AM 640 to
Xen Zapis who owned WZAK-FM Cleveland. 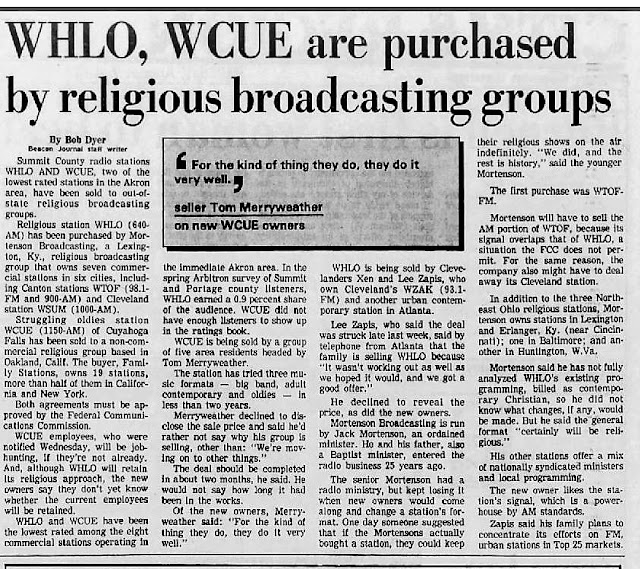 August 7, 1986:Announcement of WHLO sale to Mortensen Broadcasting
Owner of WTOF 900 and 98.1 FM along with some other properties.


There you have it.  Three owners and about four format changes from 1977-86, WHLO was eventually part of The Salem Media Group, then sold in 2001 to Clear Channel and is now part on IHeart Media as..News/Talk 640..