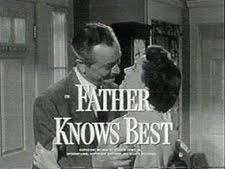 Hello:
In our first of several postings for the Holiday Season we begin with The NBC "Big Event" from December 1977:The Opening moments of "Father Knows Best:Home For Christmas" A reunion of the cast of Father Knows Best in a full length TV movie with Robert Young and Jane Wyatt..with Laurin Chapin, Billy Gray and Elinor Donahue..As Is Our custom during the Holidays, I'll be looking for Christmas Music and TV video memories of the past as well as focusing on a couple of years specifically during the month..