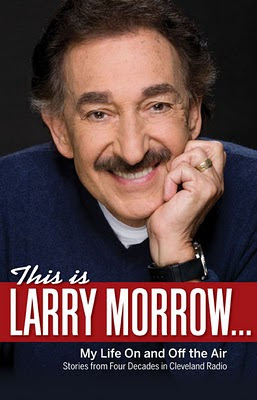 Cover of "This Is Larry Morrow:My Life On and Off the air"..Latest title recently released by Gray and Company..A delightful read..Note of reminder:Larry will be a guest on "More Sports and Les Levine" on Time Warner's NEON Network Channel 23 tonight (Tuesday, December 21) at 6PM (Live) and 11PM (replay).. 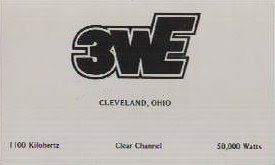 Larry spent 10 years as the morning man at WWWE-1100...It was during this time, as well as at WIXY, that he cemented his reputation as one of Cleveland's great boosters.(courtesy Wikipedia)

Early 1970's ad for CKLW "The Big 8" in Windsor..Larry hit the big time here as the overnight man, "Duke" Windsor..upon arriving in Cleveland at WIXY-1260, he found that the name "Duke Windsor" was owned by CKLW, so he had to use his real name..courtesy The "Big 8" Tribute Page 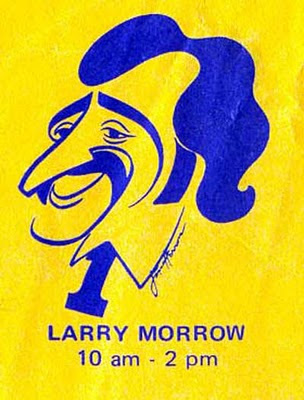 
The post title above refers to what is called in the radio business as a "jingle" ..A short music interlude to bring the host back in from a commercial break..I fondly remember this from Mr. Morrow's days at WWWE-1100 in the 1970's and early 80's, though it could also refer to his life attitude..as we see in the latest release from Gray and Company, "This Is Larry Morrow:My Life On and Off the Air"..

Morrow tells of his upbringing in Pontiac Michigan, where he was born in 1938, and his loving family..He also tells of his early desire to move to California after his military service but was compelled to return home because of his father's illness..His start in radio in native Michigan, leading to his first success as "Duke Windsor" at "The Big 8" CKLW in 1965..after being let go at CKLW, he agreed to move to WIXY Cleveland in July 1966..He tells a story of being in his hotel room..tuning through the TV, thinking the same movie was on all three channels, but actually being the Hough Riots in the news covered on all channels..Larry wondered if he had made a mistake..Deciding to stay, he became part of the "WIXY Supermen", which propelled WIXY-1260 to the top of Cleveland Radio by the late 1960's, during which a 1969 promotion to "Bring the boys Home" for Thanksgiving during the height of the Vietnam War was a success, and gave Larry one of his most enduring memories. after a 6 year run at WIXY, Larry moved to Nick Mileti's 3WE, where he was morning man for 10 years..After a format change at WWWE, he everntually moved to WERE for a couple years then at WQAL from 1985-2000.Thoughout Larry speaks in endearing terms of most of his co-workers and management.He tells of various celebrities he has met along the way..

But his biggest success in radio was connecting with the people.Along the way, Larry grew in love with Cleveland when many Cleveland natives would just as soon joke about their city..Larry went so far as to dress like Founder Moses Cleaveland at various city functions, becoming the city's biggest booster in the media..He also tells of his love for his wife Rosary and 3 daughters..

The book itself is an enjoyable read..You feel Larry is there speaking to you over a cup of coffee..I highly recommend this book.