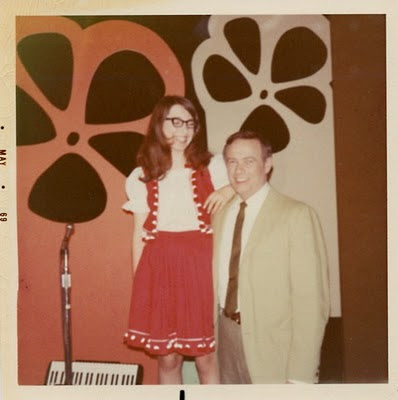 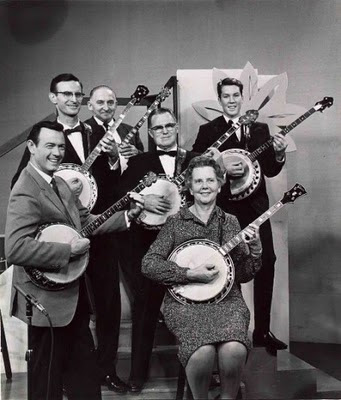 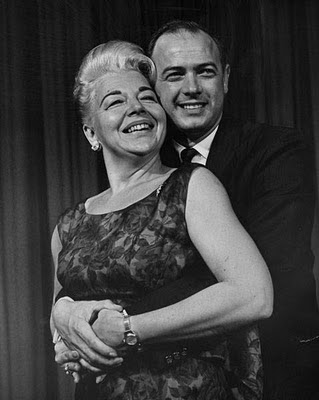 Paul Wilcox with Paige Palmer..Wilcox co-hosted "The Paige Palmer Show" weekday mornings on WEWS for a time in the 1960's

Paul Wilcox, the versatile WEWS-TV 5 announcer/Newsman/program host passed away last Friday, June 18, 2010 at his home in Florida at the age of 85..He was born in Sylvania, Ohio near Toledo, and prior to a heroic stint in the Korean War, (Wilcox was also in WWII) began his broadcasting career at WGAR-1220 in 1950..

He joined Channel 5 in 1954, and, like many broadcasters, did a lot of different things..He handled sports reports, sign-on news and booth announcing..

"Cleveland-Style" Polka Shows had their roots in WEWS-TV shows such as Polka Parade, Polka Hour, Polka N Fun, Polka Time and Possibly others hosted by people such as Johnny Vadnal, George Bass, Court Stanton and Danny Landau as early as 1952. Mr. Wilcox began his long run as Polka Varieties host in 1956-Hosting the show until 1983..In the 1960's Mr. Wilcox also did the Noon Weekday News and co-hosted The Paige Palmer Show..After doing some radio and promotion work, Wilcox retired to Florida in the 1990's..

The classic "Certain Ethnic Varieties" skit from WJW-TV 8's Hoolihan and Big Chuck. It was said that Paul had a great sense of humor about this skit and enjoyed it whenever it was aired..

Our prayers go out to the Wilcox Family at this time..
Posted by Tim Lones at 8:36 PM