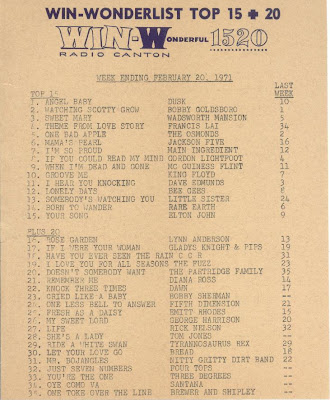 
Hello:
Our friend Ed Thomas has once again come through with some really good vintage photos..Mostly from WINW-1520 Canton "Win-Wonderful" 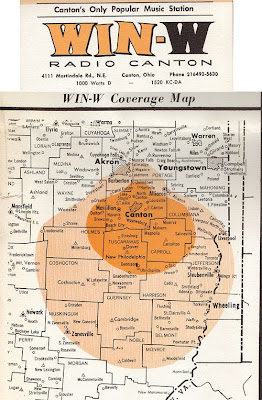 WINW-1520 Coverage Map-Notice their secondary coverage area doesnt even hit Akron..Because the FCC in their wisdom, allocated both WINW and WKNT Kent. Ohio 1520 Khz with 1000 watts power in 1966..A situation still in effect today.. 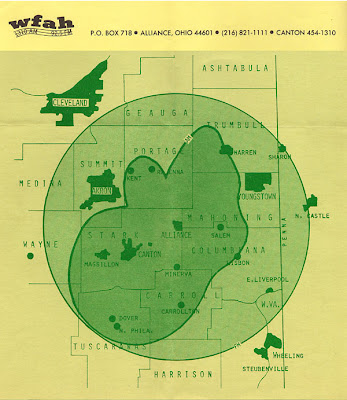 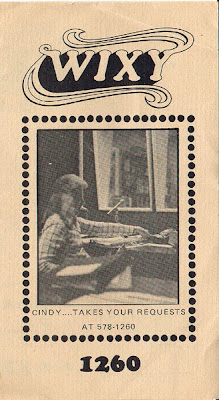 A pair of artifacts from WIXY-1260 Cleveland..I dont know if "Cindy" was an on air personality, but she was at least a board operator perhaps..Also:A WIXY Bumper Sticker

As always, Grateful thanks to Ed Thomas for sharing these rarities with us..
Posted by Tim Lones at 1:30 PM