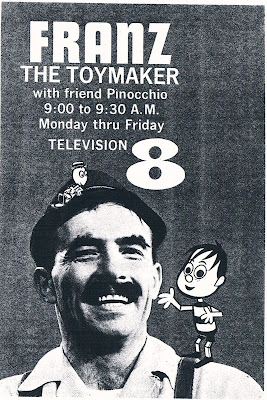 February, 1964 ad for "Franz The Toymaker" (Ray Stawiarski) on WJW-8..Chuck Schodowski has some very entertaining stories of "Franz" while on The Ghoulardi/Hoolihan and Big Chuck All-Stars sports teams in his recently published book, "Big Chuck"

Early Test Pattern for WAKR-TV 49-I honestly forget where this is from..Whoever originally had this on their site, let me know so I can credit you properly..Thanks. 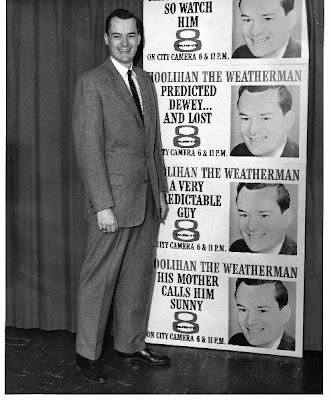 
Good afternoon:
As most here know, I get much of my material for posting from various newspapers and TV Guides, making occasional trips (mostly by bus) to Akron and Cleveland to copy such material..I have just been made aware of a TV Magazine called TV Scope, which was locally produced in the Cleveland area and at least included Cleveland and Erie, Pa. listings..A new reader, who wishes to remain anonymous, acquired 9 "TV Scope" Magazines from the 1958-60 period a few years ago and has graciously offered them to me for use on the blog..I would like to thank this person publicly for their sharing and support..
Posted by Tim Lones at 1:38 PM