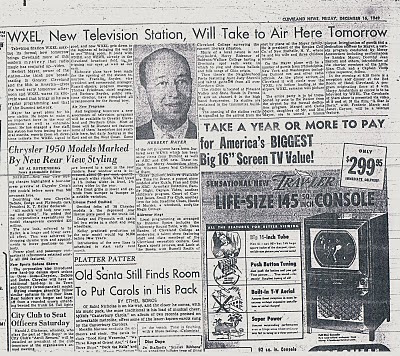 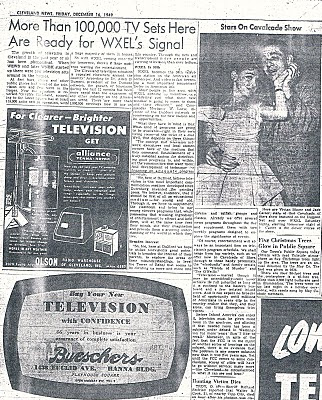 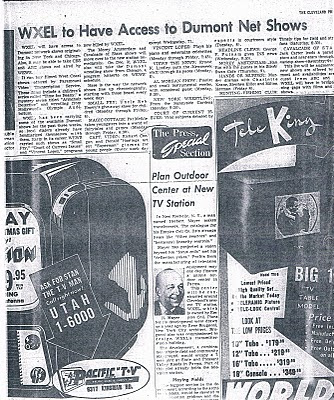 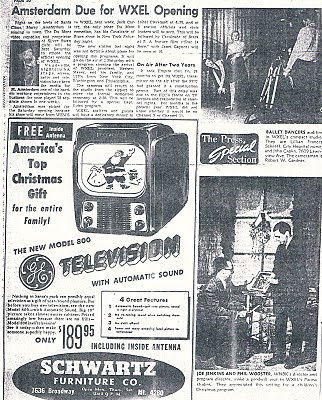 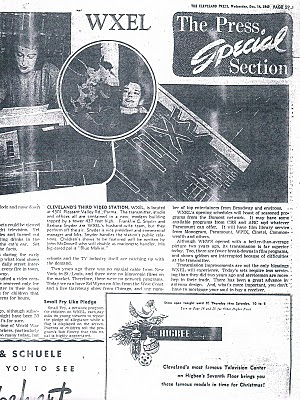 Article on Comedian and DuMont Mainstay Morey Amsterdam's appearance at WXEL's opening..Interesting that the article mentions the possibility of WXEL being on either Channel 9 or 11.. 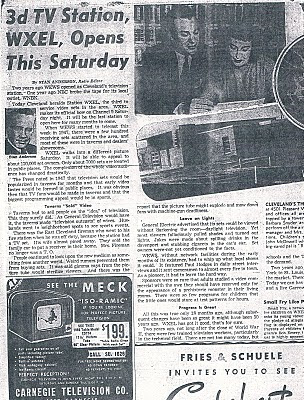 Two Portions of a Cleveland Press Special Section-December 14, 1949-Highlighting the opening of WXEL-Channel 9..As always, Click on each article to read clearer...

Hello:
Today I want to highlight WJW-TV 8's 60th anniversary..Admittedly a bit late but the holidays sort of got on us quickly..

The articles above from the Press and The Cleveland News highlight just how big a deal a new TV station opening in town was at the time..Like most cities, WXEL being third on the air in Cleveland meant hooking up with lesser networks, (DuMont, ABC)..Even taking CBS programs WEWS-5 didnt want..and being very creative with local programming..Here are 3 representative schedules for WXEL in the early years..

This will be my last post of 2009..Have a Happy and Safe New Year, everyone..Thanks for reading..