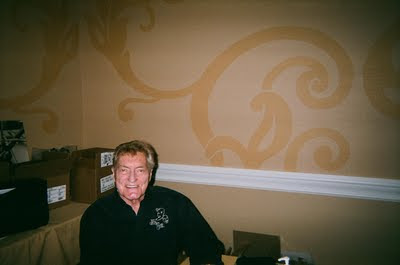 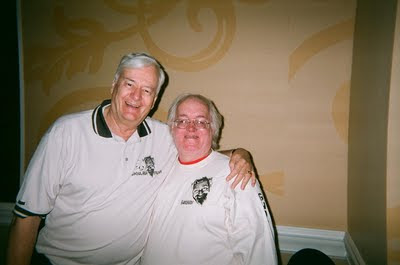 Bob "Hoolihan" Wells..He seems to have a blast coming up here each year..and is a very nice man.. 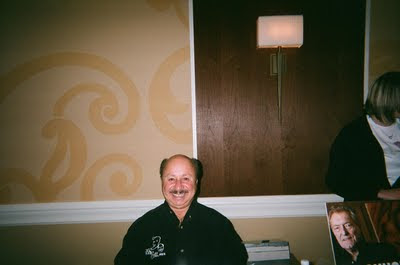 "Lil John" Rinaldi..He IS a bundle of energy..He participated in a talk with the "Midnight Movie" guys about Carmella Gianpollo, one of the fine costars of Hoolihan/Big Chuck/Lil John skits over the years..She was scheduled to attend but unfortunately couldnt make it.. 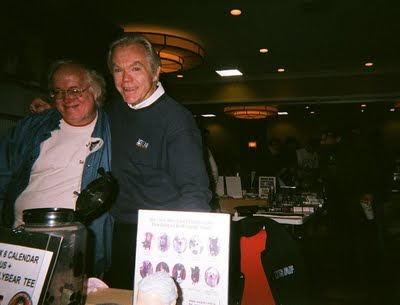 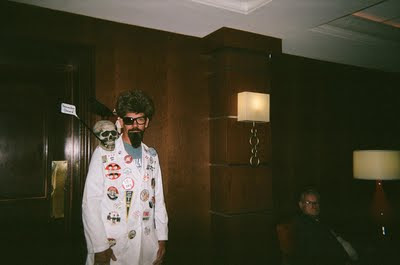 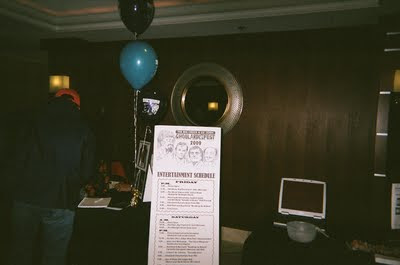 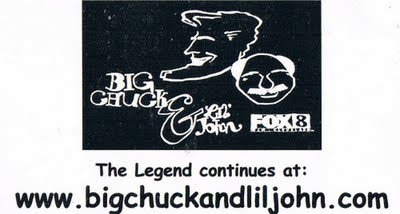 Business Card for bigchuckand liljohn.com..I've been privileged to be part of this website the last 3 years or so...The leading source for all things Big Chuck/Lil John/Hoolihan/Ghoulardi..They have a store, messageboard and Museum/soundboard to keep the Northeast Ohio Movie Host Legacy alive..

Hello:
The Ghoulardifest 5 was very good again this year..The Hotel was a bit smaller, so it seemed to be a bit more crowded ..The Highlights of the Fest were Big Chuck's book in paperback and The preview of the long awaited PBS Ghoulardi Documentary, which I will review in a separate post..Other interesting parts of the Ghoulardifest were Mary Ann Winkowski, whose ghost stories provided the basis of CBS's "Ghost Whisperer" series..Cesare as Elvis was quite good as well..The "Midnight Movie" hosts, Dave Shurmer and Ritch Yarber, hosted DVD showings of skits..One such set featured commentary from "Big Stosh", which was a highlight..Art Lofredo also participated throughout the weekend..

The Highlight of Saturday, October 24 was a 75th birthday bash for Big Chuck...Despite the economy, the fest was a rousing success compared with other similar gatherings..There is talk of Ghoulardifest 6..we'll keep you posted..Thanks to The Cleveland Marriott Airport Hotel for their hospitality..
Posted by Tim Lones at 11:41 AM