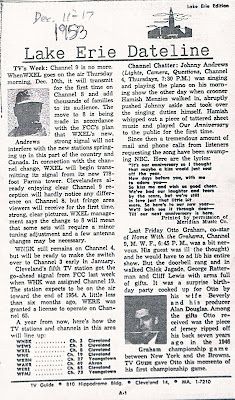 Thanks to the Stark County District Library for their assistance..Station information courtesy Television Almanac
Posted by Tim Lones at 5:19 PM