Since I've had access to the Internet on a regular basis..Over 10 years or so, Ive learned a great deal about the fine Museums in New York, Los Angeles and Chicago that celebrate Television and Radio Heritage..I always thought, with Cleveland's radio history, there should be something similar, albeit on a smaller scale, for Cleveland and Northeast Ohio..

In the last several months, Jim Davison has opened such a museum at the Colonial Arcade, 530 Euclid Avenue in Downtown Cleveland, filled with memorabilia of Radio in Cleveland, mostly from the top 40 era, but also dating as far back as the 1930's. The Museum is located in the basement of the Colonial Arcade, sharing space with the Baseball Heritage Museum.

From a late January visit to the Museum, here are pictures of some of the exhibits: 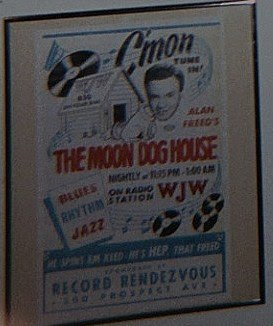 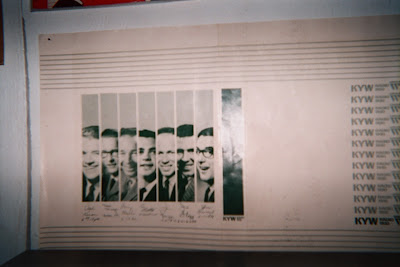 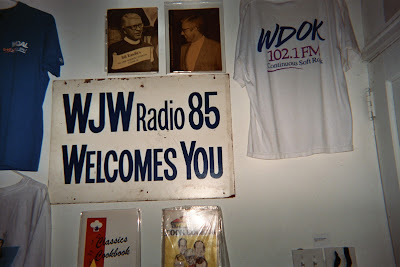 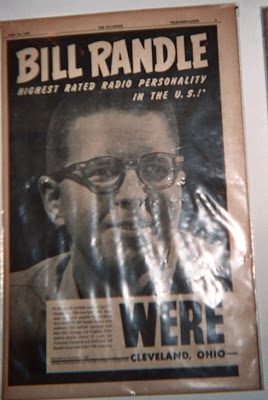 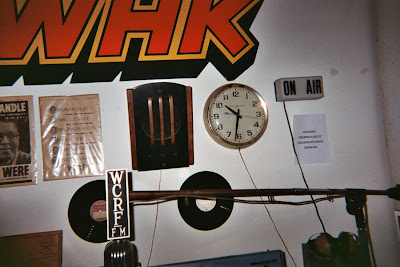 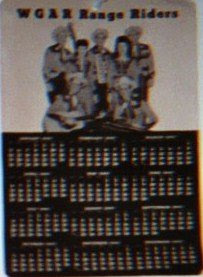 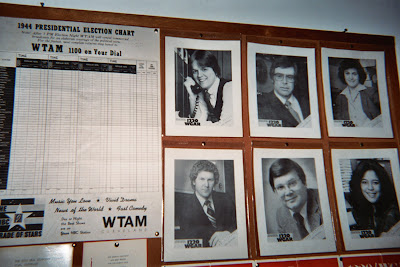 From 2 different eras..a 1944 Presidential Election Poster from WTAM and What I believe are some 1970's pictures of the WGAR Air Staff.. 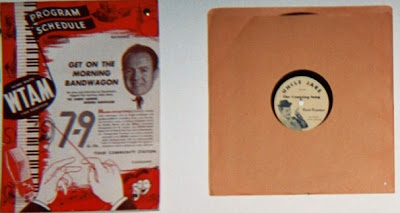 WTAM program schedule from the early 1950's. Johnny Andrews is featured here on the "Morning Bandwagon" Jay Miltner was a featured singer in the WTAM Orchestra before becoming an icon as WNBK/KYW/WKYC announcer for over 30 years..

Uncle Jake Record from Gene Carroll's early days at WEWS. While he had been known as half of comedy duo Gene and Glenn on NBC Radio in the 1930's..Few realize Carroll played Lena the Maid on NBC Radio's Fibber McGee and Molly in part of the 1946-47 season..

These are just a few of the exhibits. The Museum is generally open 11AM-1:30PM Monday-Friday and Admission is free..
Posted by Tim Lones at 12:03 AM