To tell the story of the early years of Moody Radio outlet WCRF, it is necessary to go back to the 20's when radio was just getting established.

In 1925, an emergency program by two Moody Bible Institute cornet players led to the Institute establishing WMBI-AM in 1926.

Through the 1930's and 40's WMBI became a leader in Christian radio through doing everything as professionally as possible and developing many programs for eventual syndication to other areas, including Drama, Music, and teaching programs.. 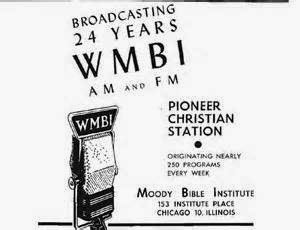 Advertisement from 1950-The 24th anniversary of WMBI.. 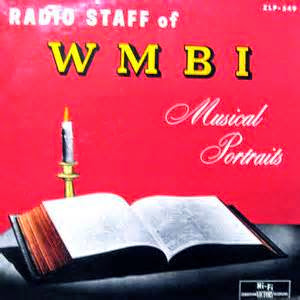 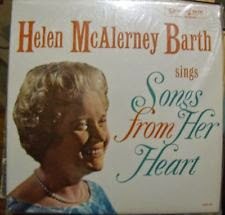 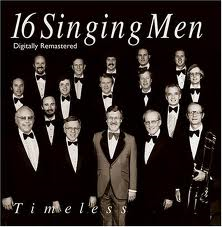 
Fast forward to the 1950's. FM 103.3 had been used from approximately 1949-1951 for WCUO-FM in Cleveland operated by Labor Unions, who also operated WDET Detroit..WCUO closed down 1n 1951 and the license turned back into the FCC.

In 1958, A Group of Christian Businessmen in the the Cleveland area wanted to establish a Christian Radio Station and turned to the Moody Bible Institute for help and guidance. MBI agreed to help fund and staff the new station, provided the Cleveland area eventually support the station financially on its own. 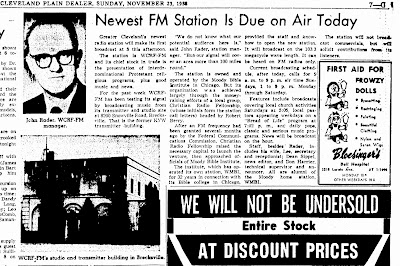 Cleveland Plain Dealer Story of the opening of WCRF-November 23, 1958.

The hours of the station were limited to 1-9PM Monday-Saturday and 9AM-9PM Sunday. John Rader was the first station manager.

Programming at first was just about all from Chicago, using programs and titles well known to WMBI listeners and nationally syndicated Christian programming.. 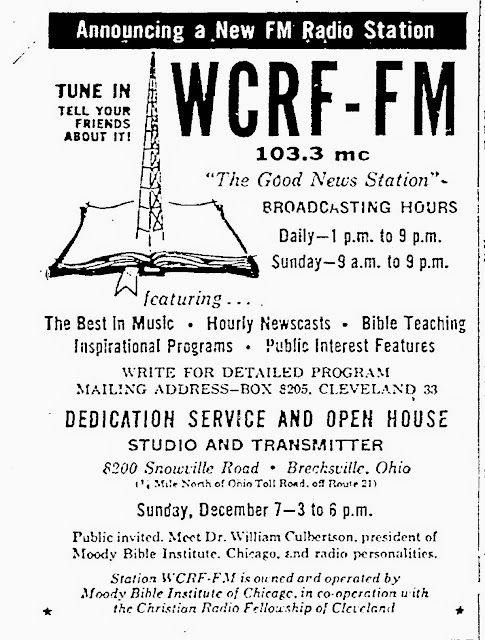 The Following is a real rarity. The very first WCRF Schedule, copied on Notepad from the weekly Orrville, Ohio Courier-Crescent Wednesday, November 26, 1958.. 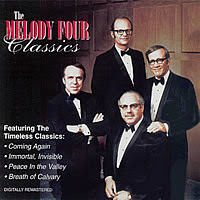 Another group was the Melody Four Quartet..The same four men sang together for over 50 years..Glenn Jorian, Clair Hess, Bill Pearce and Ray Felten. For many years a part of WCRF programming, Individual members also had programs on Moody Radio at one time or another..

Things started slowly for WCRF, as FM was still just getting established.  I heard a story that WCRF sold FM radios at cost just to get people to listen at first..As the station grew, people trusted the message of the Gospel being brought forth via radio..

Part of getting out the message about WCRF included "Radio Rallies" in which staff from Chicago would come to area churches and introduce Moody Radio in person. Below are ads/articles for a couple of such rallies.. 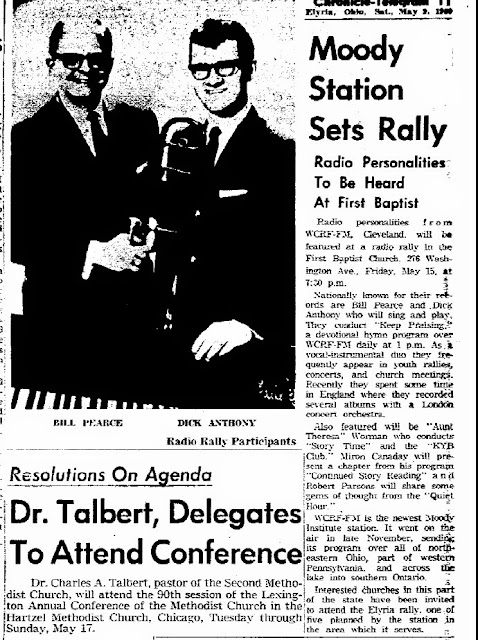 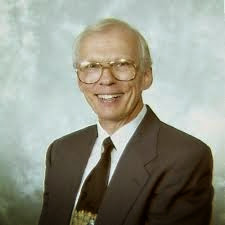 In 1960 New York State native Bob Devine arrived at WCRF as a producer and engineer..Eventually becoming host of the Clockwatcher morning program from about 1965 till his retirement in 2000..He was a fine gentleman and broadcaster, by far and away the most recognized voice on WCRF, also doing Storybook Room for the Network.. 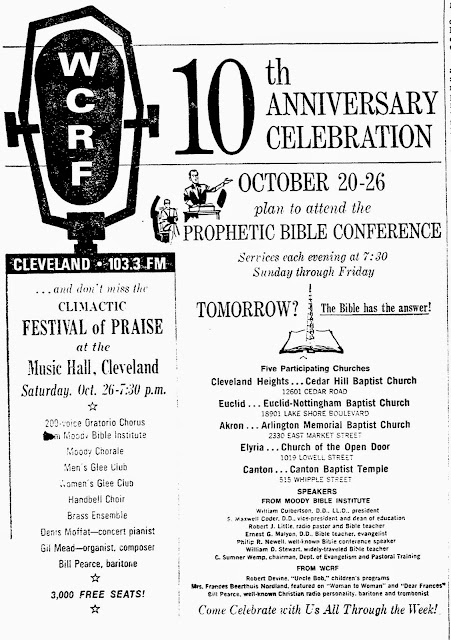 Many memorable folks have worked at, or are currently at WCRF, including Alice Andrews, Paul Carter, Mark Zimmerman, Ron Bartlebaugh, Sylvia Docking, Dick Lee, Brandt Gustafson and a host of others..WCRF went 24 hours January 1, 1980 and began, with Moody Broadcasting Network Satellite delivery of  programming in 1982.  WCRF also has repeater stations all over Northeast Ohio and Western Pennsylvania..

Sample "Ranger Bill" episode from 1954..Aired on Saturdays for many years..

I have many fond memories of listening to WCRF in the 1970's through the 1980's.Amazingly some of the same programs aired during the first week schedule continued well into the 1990's and beyond..WCRF has left a legacy of quality Christian Radio in Northeast Ohio and I am grateful for that..
Posted by Tim Lones at 1:55 AM