All You Ever Wanted to know about early Hanna-Barbera Cartoons..By Yowp.. 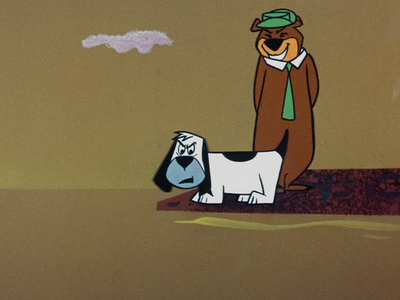 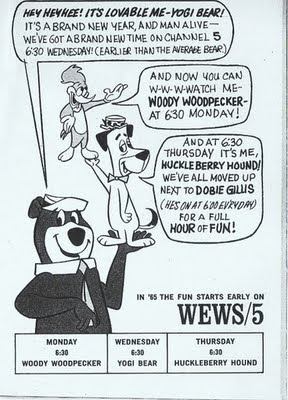 I just wanted to alert everyone to a new link..

I've mentioned before about watching Captain Penny in the mid 1960's on WEWS-TV 5 weekday afternoons..At first Ron Penfound as the Captain featured the Little Rascals and the Three Stooges..Later he had Rocky and Friends, King Leonardo, Mr. Magoo, King Features (Beetle Bailey, etc) and others..still later he featured Roger Ramjet and Batfink, as well as newer Terrytoons..

I liked them all, but my favorites were the Hanna-Barbera Cartoons..Captain Penny had Magilla Gorilla and Peter Potamus on the show.

Saying all that, I want to introduce a friend's blog..while it isnt new, I've enjoyed reading it from time to time over the last couple years..A Vancouver, Canada native, known as "Yowp" on his blog and "Don M. Yowp" on Facebook has been a huge early Hanna-Barbera fan, especially the years from 1958-64..His blog, "Stuff About Early Hanna-Barbera Cartoons" features analysis on specific cartoons, ads, newspaper articles and other memorabilia about Hanna-Barbera and their Cartoons..By the way, "Yowp" refers a dog character that tries to catch a duck in a Yogi Bear Cartoon and in a monotone voice goes Yowp..Yowp Yowp..


Link to the Hanna Barbera Blog