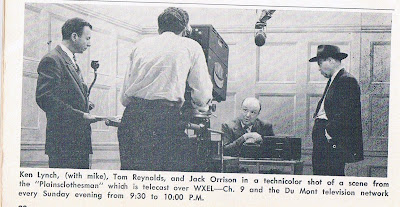 Photo of a scene from the "Plainclothesman"-seen on WXEL-TV and The DuMont Network Sunday Nights..Interesting that the photo says it was a "Technicolor" Scene.. 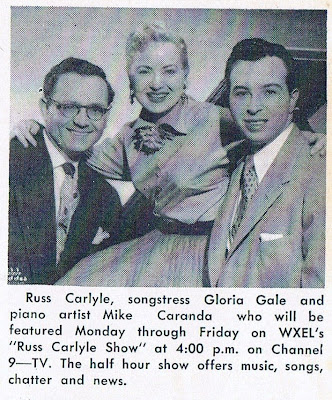 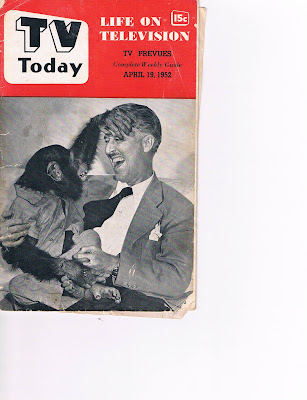 Marlin Perkins, then of the Lincoln Park Zoo in Chicago, as he hosted "Zoo Parade" on NBC-WNBK-4 Weekends..He was known later on for Mutual of Omaha's "Wild Kingdom"

I guess you could say we were on what Ohio Media Watch calls a "hiatus" though it wasnt necessarily planned..Wanted to give time for the digital transition and other local tv changes to settle in..Plus my grocery job has kind of been busy in the last couple of weeks with the Fourth of July Holiday and all..

Today I wanted to closely look at Cleveland TV from April 1952 through TV Today..A magazine that was distributed throughout Ohio, Michigan and Western New York from about 1950-55..We had used TV Today before in a couple of other postings but wanted to Spotlight a weekday and weekend from April 19-25, 1952 for all 3 Cleveland Stations..Today, the Saturday, April 19, 1952 listing appears below..Next post will have Sunday and a weekday listing..