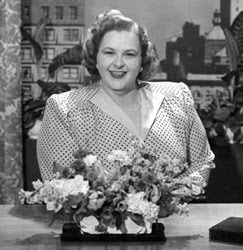 The talented Miss Kate Smith, who made her name through numerous Old Time Radio Shows and also had a good career in Television.. 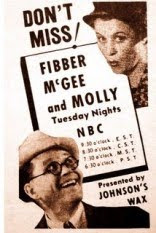 As we've gone along, we've written very little about radio..As Ive said in the past, I enjoy Old Time Radio, which was like what TV became..From about 1920-60 Radio developed it's own comedy, variety, musical and dramatic stars, some of which made a successful transition to television and movies..In the next year, I plan to devote more time to classic radio in our area, from the 1930's through the disc jockey era in the 60's and 70's..

For our new link today, I present otrcat.com, also known as The Old Time Radio Show Catalog..This is a collection of Old Time Radio Shows and other rarities from the 20's to the late 1950's..Most of the collection is available on CD's and MP3 disks at reasonable prices..There are also free streaming and MP3 downloads of selected shows, which change daily..I have known of this resource for many years and I highly recommend it..


About the website:
http://www.otrcat.com/aboutus.htm
Posted by Tim Lones at 11:41 AM