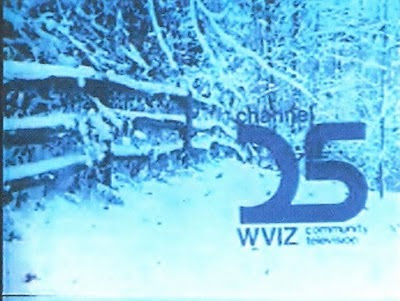 
Featured in this post will be a YouTube Video-Part of the WVIZ-TV "Dimension" Series of hour long monthly specials. This is from 1988. A History of Cleveland Televison as it was then..40 years in..Hosted by Jack Marschall, who had just weeks/months before this started at WUAB-TV's Ten O Clock News..and Anne Mulligan, who may have been at Channel 8 at this time..Producer was Dennis Goulden, known first at KYW-TV in 1964, then as producer of the long running "Montage" series (1966-84) on WKYC-TV 3..The hour is all too brief, as most shows of this type are. Run in tandem with PBS' "Television" history series (Not "Pioneers Of Television" currently being shown), There are clips galore, though many of them would be reused on later TV station retrospectives..There are a number of "New" Interviews with pioneers and then-current station representatives such as..

Interesting look into local TV of the mid-1980's..a few years before HD and digital tv was thought of..