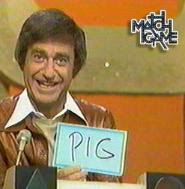 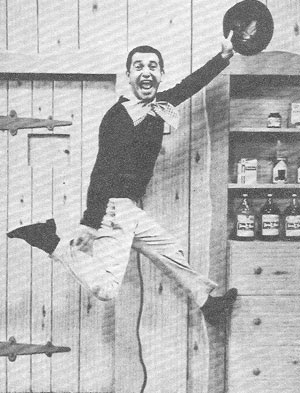 Sorry to be a bit late on this, but we were away over the weekend and have been under the weather since..

Soupy Sales, the rubber-faced comedian who made pie throwing into an art form, passed away last Thursday at the age of 83 after a long illness..

Born Milton Supman in Franklinton, North Carolina, Sales' family moved to Huntington, West Virginia..After graduating from Marshall College, he worked at WHTN radio in Huntington, then moved to Cincinnati in 1949 hosting one of the nation's earliest dance shows on WKRC-TV..

After being fired from WKRC, Sales headed to Cleveland, where about 1952-53 he worked at WXEL-9 hosting an afternoon show, Soupy's On..The following are some remembrances from former historic FOX 8 web pages, which are no longer on their website..The complete archive is in our links..


"Bob Soinski: Soupy Sales also started here, only back then he was known as Soupy Hines. He wound up changing his name because he didn't want to be linked to Hines ketchup.

Soupy Sales [Host]: I had been hosting a dance show on a station in Cincinnati for a couple of months when they came up to me and said, "Who wants to watch a bunch of teenagers dancing on television?" Rod Serling and I got fired from the same station on the same day. The day I came up for the interview at WXEL, someone robbed my car. When I discovered it had happened, I just sat down and cried. They hired me to do a show every afternoon called "Soup's On" where we pantomimed records and had guests like the Hilltoppers and the Four Aces. Johnny Ray made his TV debut on my show. That was also the show where my "pie in the face" routine started. We did a bit about an Indian and a cowboy; this was when the movie "Broken Arrow" was popular. A farmer who lived next door to the station let us use his horse for the skit — it was a wild horse — and the skit wound up that the Indian threw a pie in my face.

Helen Celke: Soupy was doing a show with this girl singer, and together they did comedy.


Soupy Sales: Her name was Patty Rowe. She was a piano player. We did "Soup's On" for about a year and won the Plain Dealer Award for best new TV show. The station took it off the air the next day, and I headed to Detroit."

Soupy became a hit at WXYZ-7 hosting "Lunch With Soupy Sales" and an 11PM show..

Soupy later appeared on ABC Network and Local Shows in Los Angeles and by 1964 moved to New York to host local shows.By the 1970's he was appearing on the syndicated "What's My Line?" and other Game Shows...After a 1978 syndicated TV effort, Sales was host of WNBC Radio's afternoon show (1985-87)..One of his later TV appearances was in 1997 on the "Woodrow The Woodsman" revival series aired over WJW-TV Fox 8..Sort of coming full circle from his early Cleveland days..

Our prayers are with the family..Soupy had a rich, full career and was much loved by his fans..