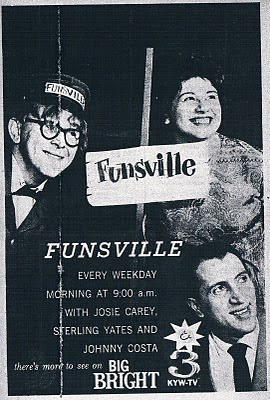 I am on a two week vacation from work..I may try to get up to Cleveland one day next week to do research for some of our next few posts here..Thanks for the great support of the blog..Have a good weekend..
Posted by Tim Lones at 1:57 PM